The Australian Made Campaign enthusiastically welcomes the agreement by the country’s political leaders to broaden the GST to cover overseas online transactions worth less than $1000.

The decision will be referred to a meeting of Australia’s Treasurers in August.

“We congratulate all the Governments on arriving at this decision, which will remove a fundamental flaw in our tax system, whereby Australia has been effectively penalising our local retailers, and through that, our local manufacturers and producers,” Australian Made Campaign Chief Executive, Ian Harrison, said.

“Eliminating this discriminatory application of the GST will help level the playing field for local products competing with imports.”

“The positive ramifications for Australian producers and manufacturers and the retailers that stock their products will be tremendous if this goes ahead,” Mr Harrison said.

The Australian Made Campaign is the not-for-profit organisation that administers and promotes Australia’s registered country-of-origin certification trade mark for all genuine Aussie products and produce.

The Australian Made, Australian Grown logo is used by thousands of Australian businesses to help readily identify their products as locally made and grown.

It had been calling for the abolition or reduction of the tax-free threshold since 2012. 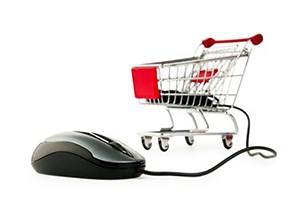